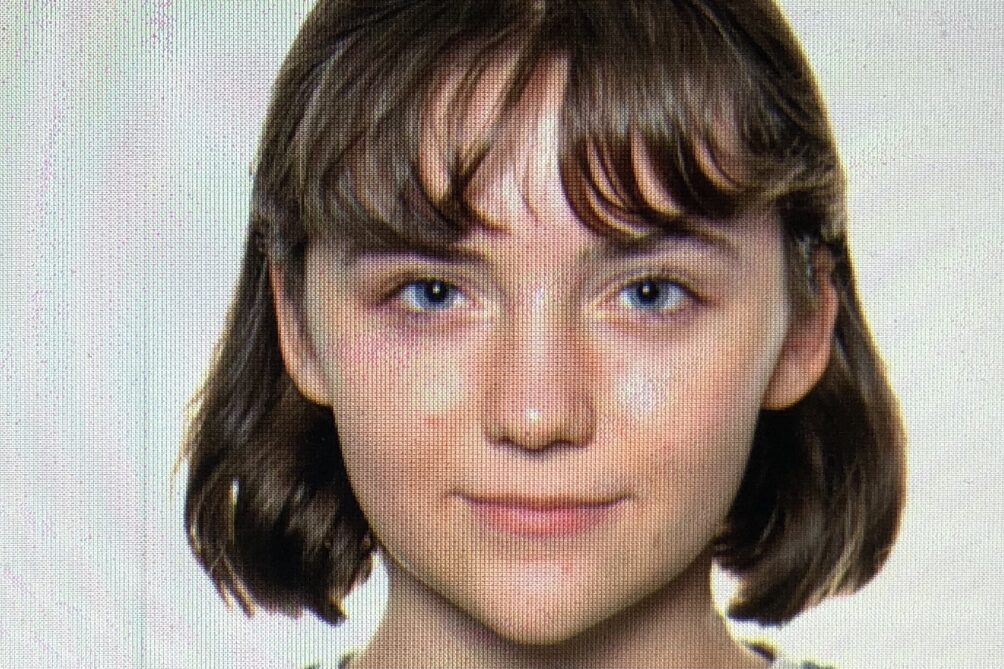 This report is on my personal experience of being an international student at Burnsview Secondary School in Delta, British Columbia, for three months. I had a really good time and can only recommend studying abroad to other students, even though I’d highly recommend a longer stay for more possibilities and a better feeling of an actual routine.

The moment I arrived at YVR was the moment I first allowed myself to really get excited. It finally happened, I really was there, about to live in a country I’d never sat a foot in to this point for three whole months. At first, I didn’t see my host mum, Anna Aresta, who was picking me up from the airport, but luckily she recognized my face from the photos I had sent her per email. We immediately got along, and she took me out to Tim Horton’s on hot chocolate and a bagel. Then we went to the school board office to tell them I had arrived, and afterwards to a little mall near Anna’s house so I could take care of my phone deal. It was a really nice and roomy yellow house with a beautiful garden and a little hut in it Anna’s husband Paul had built. Then, finally, we went home and I made the acquaintance of Paul, her sons Paul Jr and Anthony, and her other international student Emily from China. Anna showed me my room, which I was really happy with. It was appropriately sized and sweetly decorated by Anna with positive quotes and nice candles. It had a nice drawer, a desk, a bed and a closet. I also met the family dog Clyde and the two cats Cesar and Draco for the first time, all of the pets were friendly. It was a really nice first day for me, I already liked my host family a lot and had the feeling it’d be a great time.

The next day, I didn’t have to go to school yet, I was out a little, exploring Delta and the neighbourhood, I went to the library for example and had a really nice walk, and did some basic grocery shopping like shampoo. I also stopped by Burnsview Secondary to introduce myself to the school counsellor, who told me to come back the next day to start class.

So, on my third day in Delta, I went to the coordinator at Burnsview Secondary School to get sorted into my classes. His name was Mr Stielow, he was also coordinating  five other international students, Marcos from Brazil, Bob, Minho, Phoebe and Dione from China. First, we had to do a test to check out our English skills and see what class we’d fit into. I got assigned to a regular English class in grade 10, which was also the grade I had most of my other classes in. My other classes were Maths, Science, Physical Education, Woodwork, Fashion Studies, Video Production and Visual Art. After taking the English test and getting our schedules, the other international students and I got a tour through the school grounds by Mr Stielow and then finally could visit our first classes. For me, that was Video Production, which should become one of my favourite classes later on. The next day, a Friday, was my first full school day. My classes were Maths, English, Woodwork and Fashion. Getting into the subjects was quite easy actually, I especially liked my English class, where we just learned about Native totem symbols and their meanings, and Woodwork was interesting. After doing a safety test, I could start making a note holder on the first day, while in Fashion, I first had to learn how to use a sewing machine. That was a fun class too though. In the next few weeks, I began to feel more and more at home at Burnsview, made many friends and spent time with them after school.

When I wasn’t in school, I liked to go to Vancouver, Richmond or Surrey with my friends. In the first weeks, I mostly went out with other international students, like my friends Maria, Pedro and Marcos from Brazil or Seo Yoon from South Korea. We went Downtown Vancouver to explore the city, to see Gastown and the waterfront and go ice-skating, to North Van for food and to Richmond for an escape room, the first one I had ever been to, actually. We also saw the Vancouver Aquarium, the Vancouver Art Gallery, the Vancouver Public Library and Stanley Park. 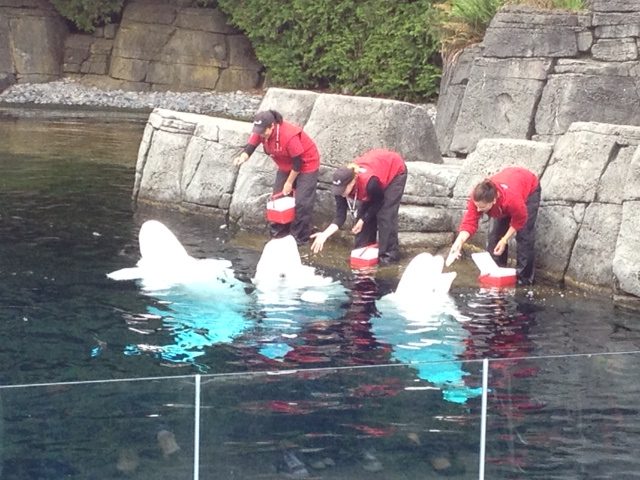 Even though at first, when I was going downtown on my own to explore, it was a bit hard for me to figure out how the skytrain works, I grew to like riding the skytrain a lot. There is no similar thing in Germany as far as I know, and I love the feeling of riding the train above the streets and the view is just amazing. 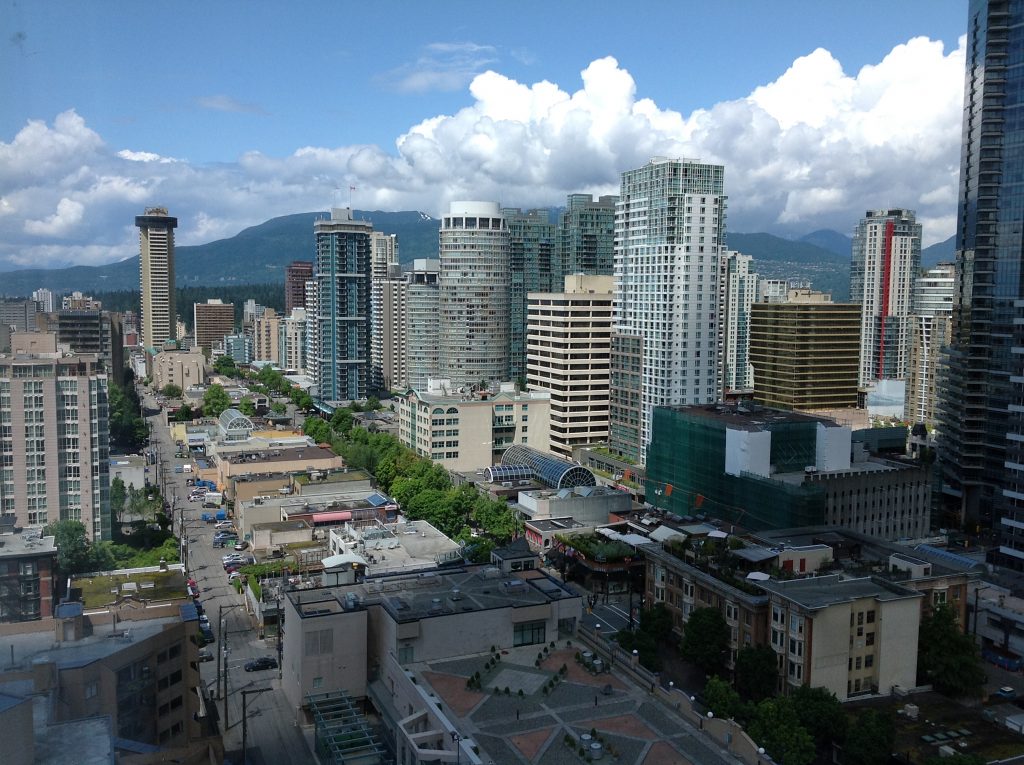 Downtown Vancouver from the Skytrain

A really remarkable thing about Downtown Vancouver for me was its similarity to New York. Of course there are some unique parts not to find anywhere else, but the structure of the streets, the architecture, the feeling of some parts like Robson Street or Burrard really reminded me of New York, only that it was way more relaxed than that. That was one of my favourite things about the city, in a way it feels so massive and monumental, but at the same time it remains with its very own charm and character and its side streets with antique book or art shops and rainbow cross walks. I think my favourite place in the whole town was a specific part of the walk at Stanley Park Waterfront. There is that huge piece of wood, and I just loved to sit on there in the evening and see the boats in the slowly fading sunlight. Or another beautiful place, maybe even better than Stanley Park, was Canada Place, also at the waterfront. No matter what time or weather, the view is always dashing. It’s possible to go around the platform and observe the waves down below or the mountains at the other side of the bay and in the evening one can see the sun going down on the horizon. 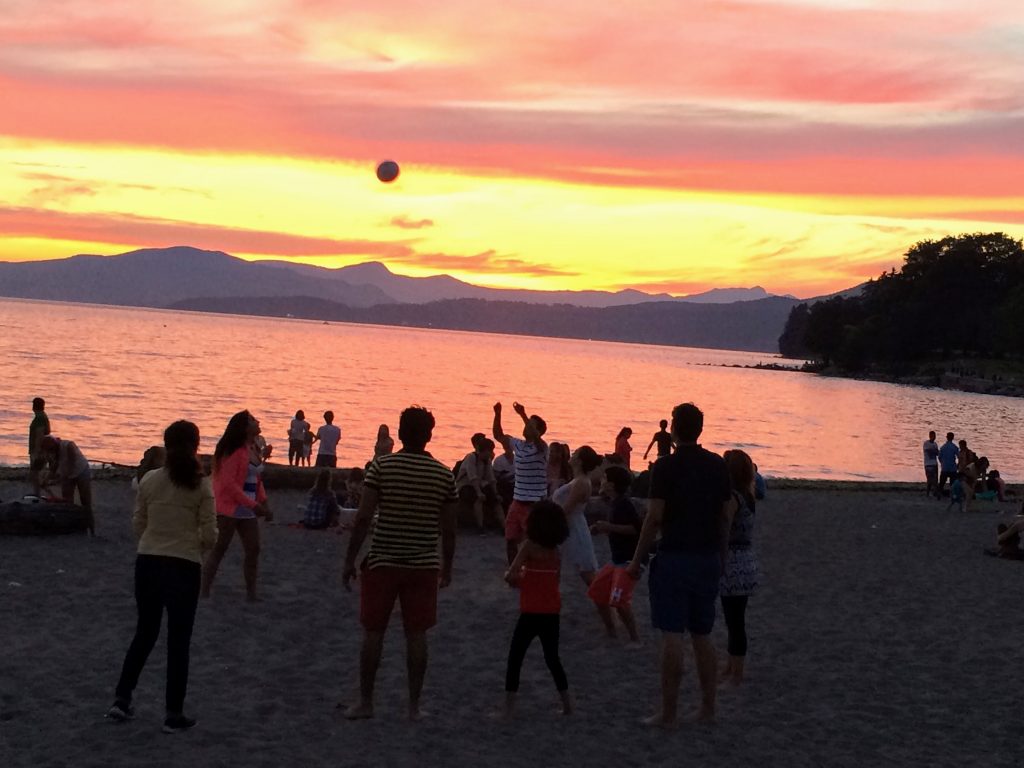 At about half my time in Delta, spring break started. Many people were going somewhere over break, but luckily, most of my friends stayed in Vancouver so we spent a lot of time together. One of my friends, Enaruna, had her birthday party over break and we went to a lasertag and Cactus Club Café, which is a really nice restaurant chain in Canada. I also went Dowtntown to go for Belgian waffles and thrift shopping with my friends Amanda, Kiran, Céline and Angelica. These four and I also went to the cinema to see the movie “Love, Simon”. In Delta, there was this really nice movie theatre where we could push the seats back and basically lay there watching the movie, it was so fun. Some other nice things my friends and I did was go to the local Ikea just for fun or an Indian festival, Vaisakhi, that we all went to together. We even borrowed traditional Indian suits from one of our Indian friends. It was really nice, there was a lot of good food and music and some nice people.

My last month in Delta was probably the best. I was really happy there, I had made such nice memories and such wonderful friends, but I was also looking forward to seeing my friends and family in Germany again. School was really fun at that time, we were discussing Romeo and Juliet in my English class, shooting a reality show in my Video class, I was finishing my own onesie in Fashion, planning a huge sculpture in Art class and building a stool in woodwork. So in April, I spent a lot of time at my friend’s houses or hanging out with them after school. At the end of the month, I got my report card, which I was happy with because I got a 100 in Art class. In my last few days, my friends even threw me a goodbye party, that was such a sweet thing to do. One of them invited us all to her house and we spent a really nice evening talking, reviewing my stay and listening to music. Coming back home, I missed them so much.

Looking back, my time in Delta was a total success for me. I made some unforgettable memories and friends for life, learned a lot about Canada in general and especially Vancouver, about Canadian culture and mannerisms, and of course my English got better. The school was completely new for me since we have a really different system here in Germany. One of the reasons I wanted to go to Canada was actually because I considered to live there when I’m older, and I wanted to get to know more about the country and the people by living there for a bit, so now I really had the chance to and was impressed. It wasn’t at all like I had expected it to be, but it gave me so much more insight than just travelling there for a week and I’m really happy I made the decision to go study abroad for those three months and I’m so grateful that I had the possibility to.